The forecast mentioned possible freezing rain. After some debate, we deemed the risk of getting caught on the highways to be not worth it. Anyways, we had a good backup plan—a trail in the Edmonton River Valley that we particularly like. And from Century Park, it’s an easy drive to the parking lot at Terwillegar Park.

After a brief section in the woods, we emerged at the Terwillegar Footbridge. We crossed the river and proceeded to the Fort Edmonton footbridge to come back to the other side. 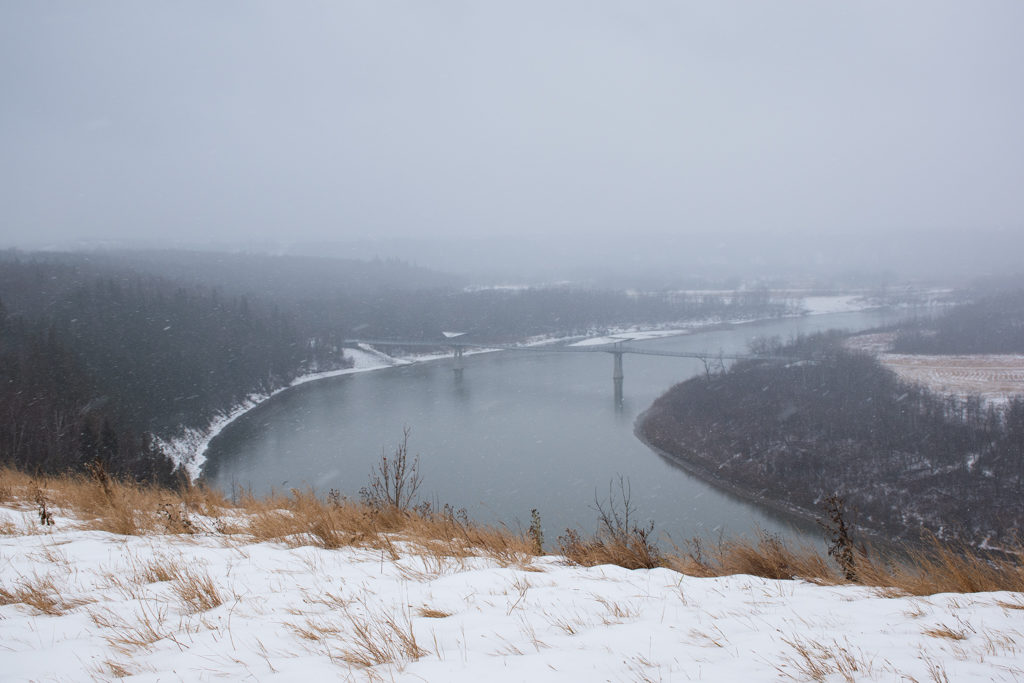 After our lunch in the Alfred Savage Centre, we paused at John Janzen Nature Centre where they were celebrating “Hibernation Hi-jinx”. They gave us a sample of black tea which they were making over the open fire. The tea’s subtle smoky flavour was refreshing. We were told by the Indigenous interpreter that in earlier days, they would have made tea with the fresh tips of spruce trees, or with harvested wild mint. 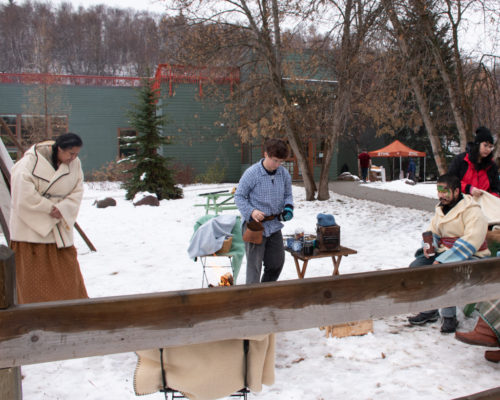 On the return, we noted the spot where a few decades ago the river bank gave way underneath a couple of houses. Only some sidewalk and concrete driveway remains. 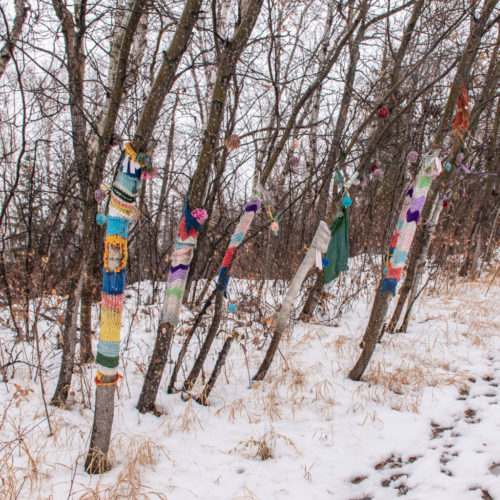 On the trail back down to the parking lot we passed the famous yarn-bombed trees, which got us talking about knitting.

It was a great day after all. 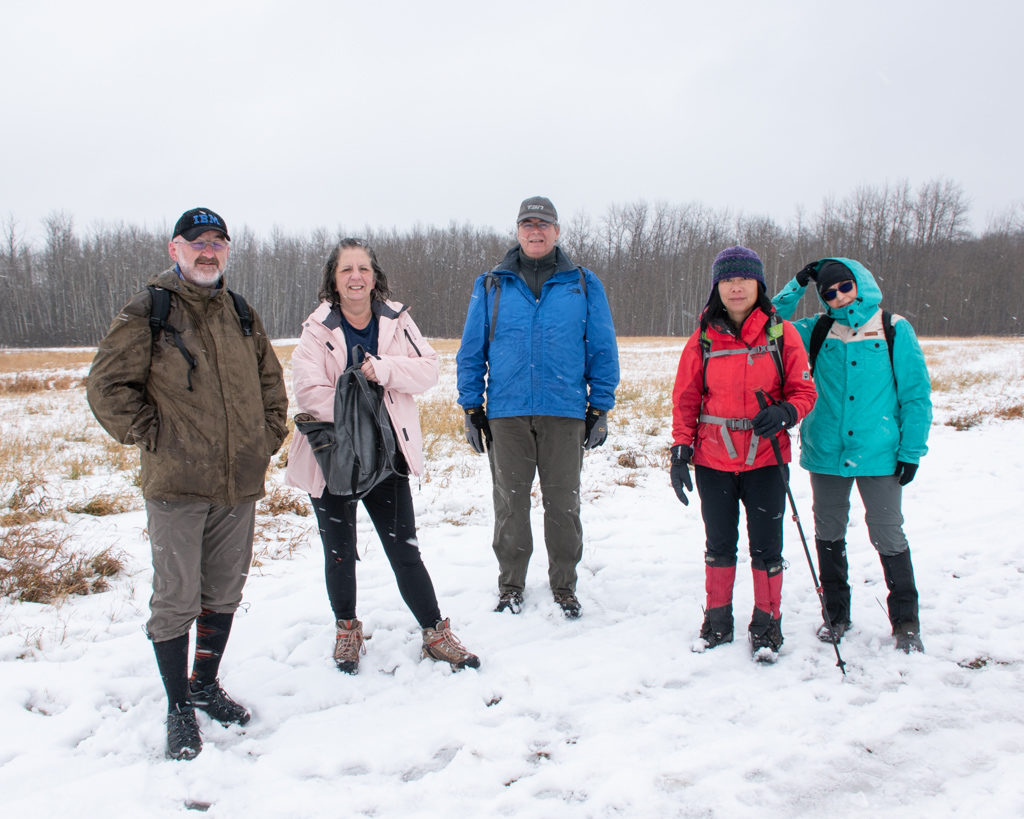