Nine of us came out to hike on a beautiful clear day. The first thing we did was address a potential hazard. From yesterday’s trail maintenance, we were aware that we might be menaced by wasps on the path.

We remembered from previous years that whenever we walked too close to wasps nesting in the ground or in a woodpile, it was always the fourth and fifth hikers who would get stung. Perhaps it goes like this: Hikers #1 and #2 walk by and alert the wasps. Hiker #3 walks by and the wasps interpret it as a lingering threat. They rise up for the attack, and by now, Hikers #4 and #5 are right there in front of them and become the unfortunate targets.

So, today we took the approach of sneaking past the wasps. To avoid triggering their instincts, we spaced ourselves on the path, allowing several feet in between each hiker. We walked swiftly and silently—and we succeeded in not riling the wasps. 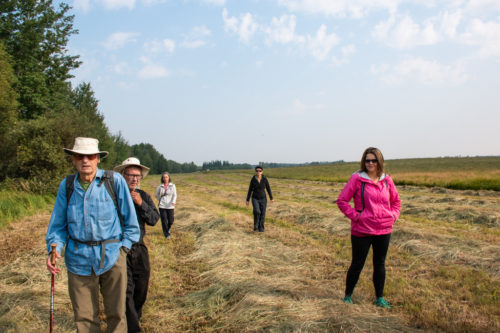 When we arrived at the Allen Nature Trail, we were met by the Allens themselves. They accompanied us on the trail and told us about the history and their experiences living in the area. We went down to the beach and observed the colony of pelicans across the lake through tripod-mounted, high-powered binoculars.

Then Mrs. Allen opened up St. Margaret’s Church for a tour. Roger, a hiker from Camrose, is also a professional musician. He sat down at the pump organ (“the smallest pump organ I’ve ever played”), and played the opening few minutes of Bach’s Goldberg Variations. What an amazing treat!

The Allens joined us for lunch in the churchyard and we learned more—first-hand—about the fascinating story behind the preservation of St. Margaret’s Church. 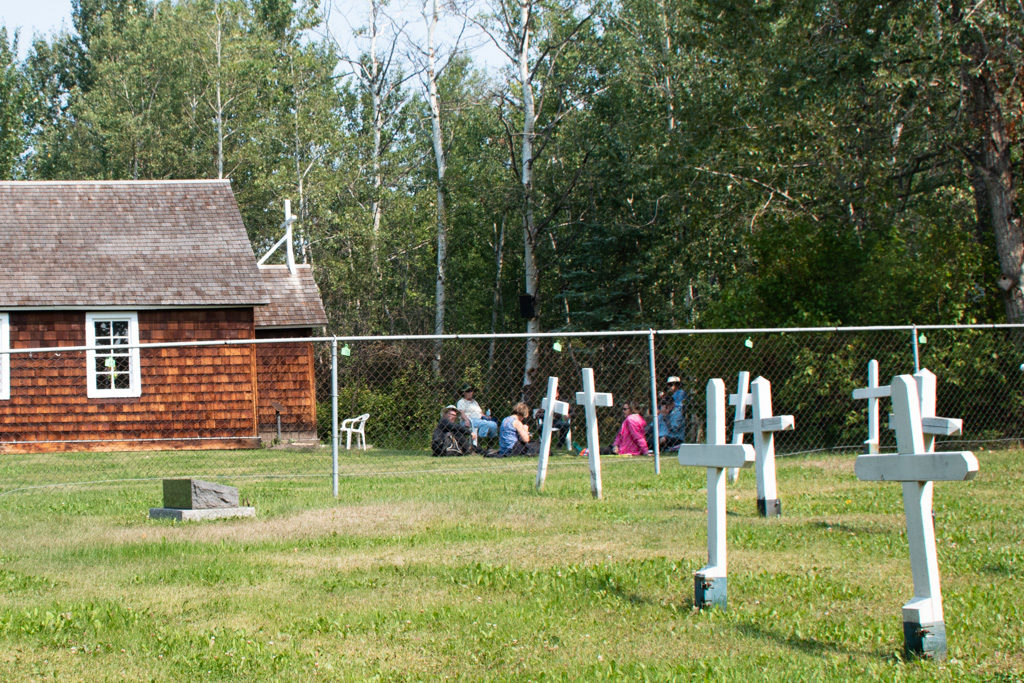