Three crews went out to work the Battle River trails. Four people went to the end of East Battle from RR 210 to the end of the tableland we chained, clipped, signed and carted wood from a stile we dismantled and redistributed it over wet areas.

We even stopped to smell the crocuses and have lunch! 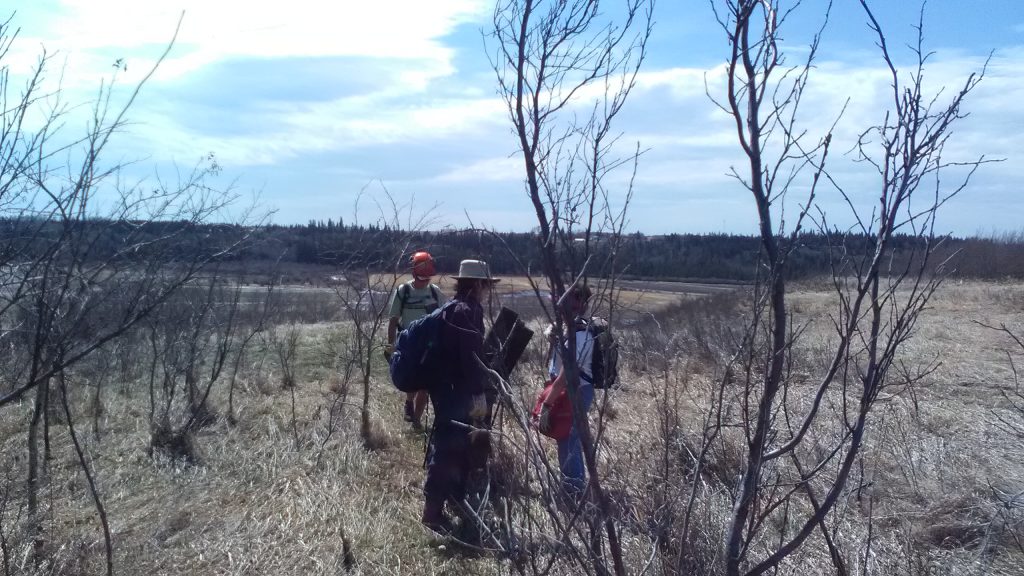 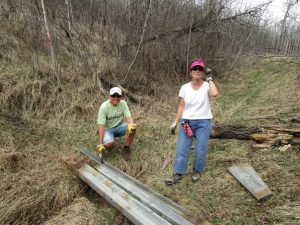 Two crew met with a nearby landowner and built a new boardwalk near A60.

Three others went from A56 to A57 Battle Gwynee going  one way chaining, signing, clipping, mending stiles and repurposing some old lumber making a bridge over a little creek in the valley between two hills.

A well deserved break; Coffee was in Camrose.