Thirteen humans—and one duckling—came out to hike the trail down to Hastings Lake. Very occasionally a local dog will try to tag along, but not a wild animal. We became aware of the duckling when the first car arrived. It chased the car! As soon as we started on foot, it ran behind us. 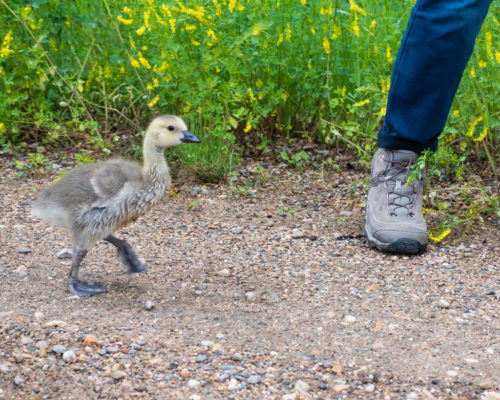 Yes, it was cute, but it was also sad and distressing to watch. It was clear that this duckling was not going to be long for this world. After it had followed us for almost 2 km, we came close to a large pond usually frequented by other ducks. We set the duckling in the water and walked away. When we passed by the pond on the return, we did not see the duckling.

Hopefully this situation is so rare that we’ll never see it happen again, but it would be good to know if there is a better way to handle it. If you know what the protocol is for these cases, let us know in the comments below. 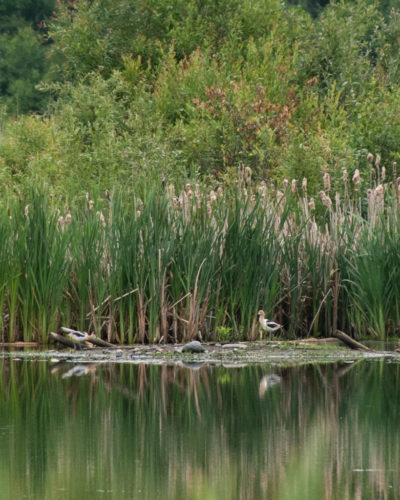 We arrived at the Allan Nature Trail and met with the landowners. Together we visited Hastings Lake and viewed American Avocets through binoculars.

Thanks to Anita for leading the hike and to trail maintenance and the Allens keeping the trails clear. You can see more photos on Flickr. 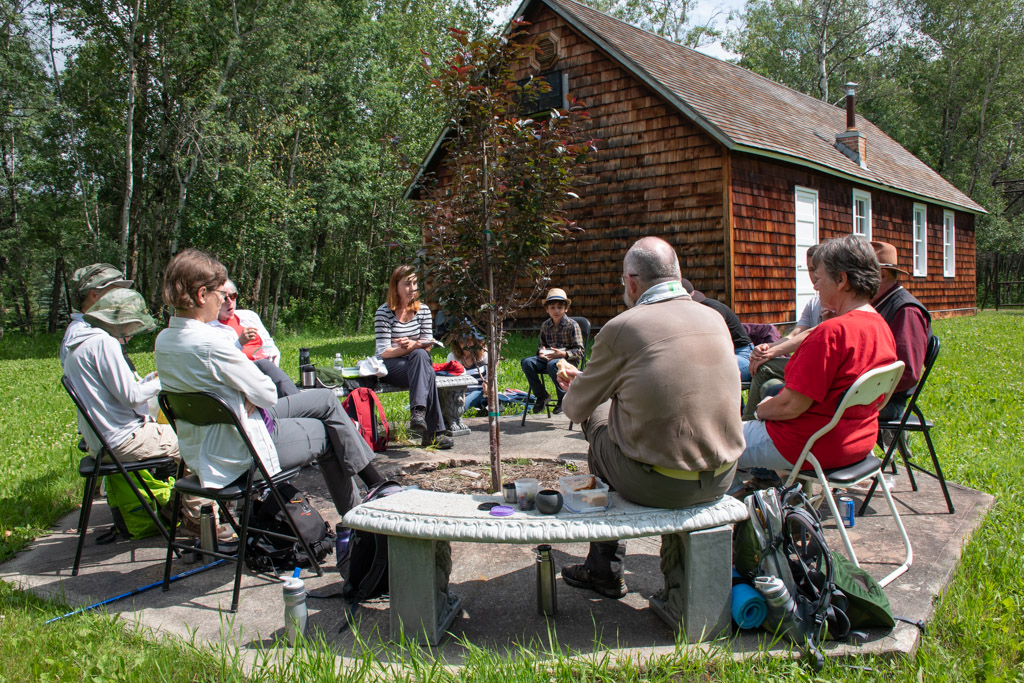