After the previous day’s blast of snow that hit half the province, people who live on the west side of Highway 2 were wondering if today’s trail was going to be covered in white. We had nothing to worry about—the snow barely made it to the area. 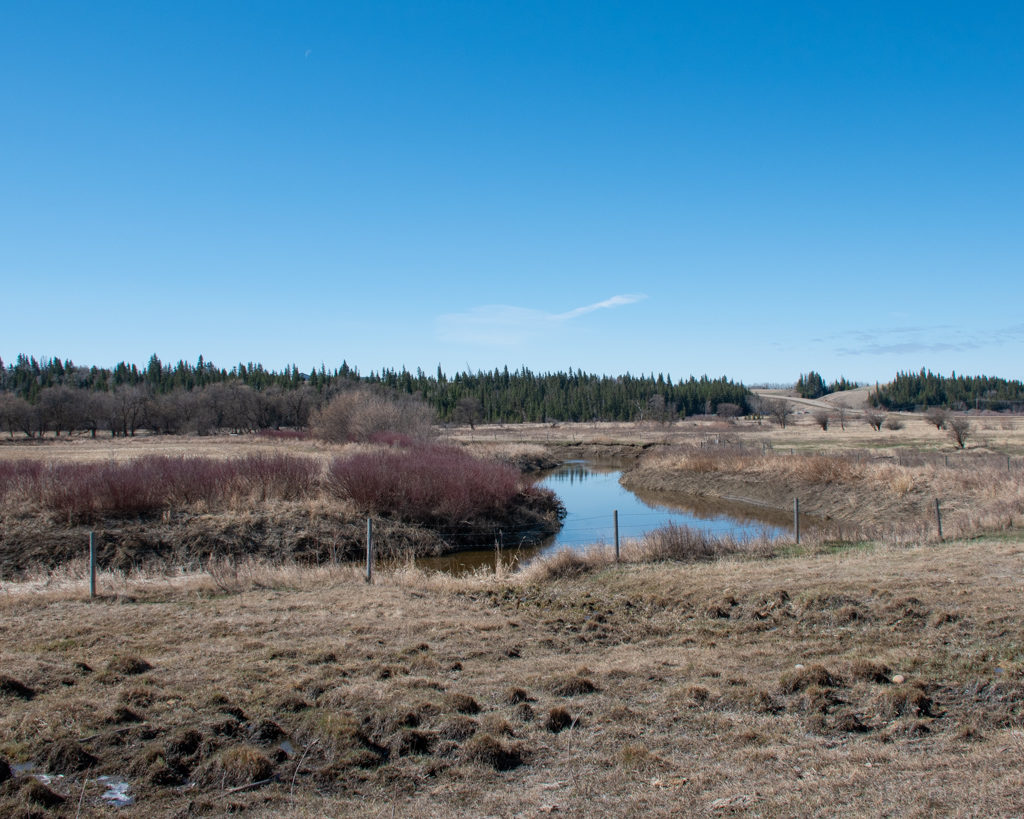 Fourteen people came out to enjoy the first hike of the summer season. The day started with clear sunny skies. We walked past patches of opuntia cactus and climbed up to the plateau where the prairie crocus was in bloom. At one point, a white-tailed deer was spotted on a bluff.

The footing was good all the way, as the land was quite dry.

We continued on to the top of Rest and Be Thankful Hill where we had our lunch. By the time we headed back down, the clouds were rolling in. When we reached the Battle River, we stopped to watch the tree swallows darting back and forth above the water.

We were almost at our cars when the tiny snow pellets hit. What a day of dramatic weather in a unique and dramatic landscape.

Thanks to Elizabeth for leading this hike. You can find more photos on Flickr. 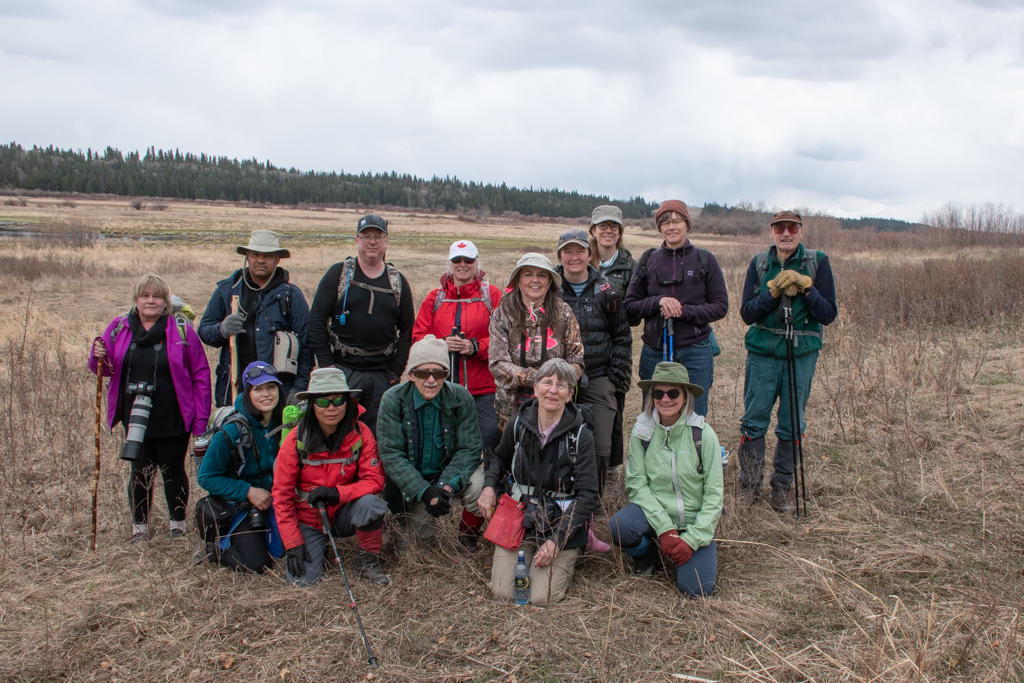