A dusting of snow and frost covered the deck. But today was supposed to be the nicest day of the week. What would we be in for, we wondered, as  we donned our layers, hats, and gloves.

We set out to hike the famous Siffleur Falls, a half-hour drive from Goldeye Centre. But first we stopped at a scenic turnout on Abraham Lake, to admire the sun lighting up the northern part of the Ram range and the lake’s blue water. A plaque pointed ahead to the 2,545m Mount Michener, named for Governor General Roland Michener. 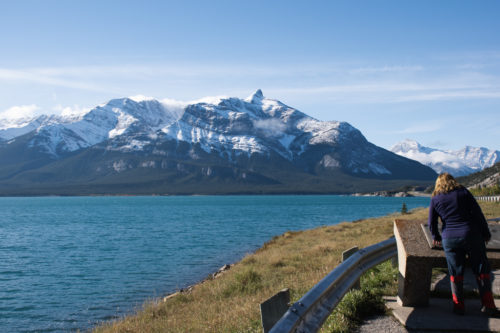 At the parking lot to the Siffleur Falls trail head, a cairn commemorates the First Canadian Parachute Battalion and their involvement on D-Day (June 6, 1944). Another plaque honours Corporal Frederick George Topham, V.C. who served with the battalion. The flat part of the trail is covered in an extensive boardwalk to protect the sensitive ground underneath.

We cross the North Saskatchewan River on a long suspension bridge. 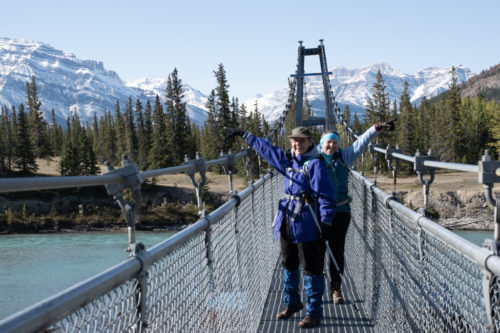 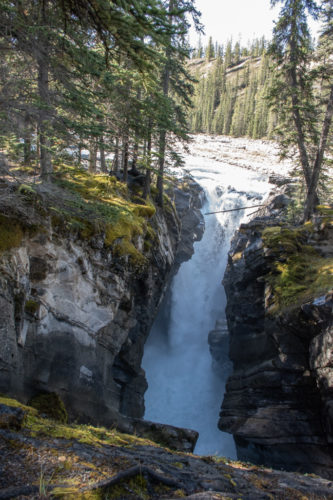 It’s a gentle rise to the top of the canyon through which the Siffleur River flows We spent most of the day viewing the plunging falls, basking on the rocks which overlook the cascades, and exploring the upper parts of the trail.
The total hiking was 12 km.

On the return to Goldeye, we met a small herd of bighorn sheep on both sides of the highway, just before the hill in the area formerly known as Windy Point. We say “formerly,” because the actual Windy Point was a spot overlooking the North Saskatchewan River that was apparently flooded over in the formation of Abraham Lake.

Up to the late ‘60s, the thing to while driving down the old Thompson Highway, was to stop and take photos at an old tree. Any family who lived in or visited this area probably has a photo like this in their collection.

See Flickr for more photos, including some bighorn sheep and a white-winged crossbill. 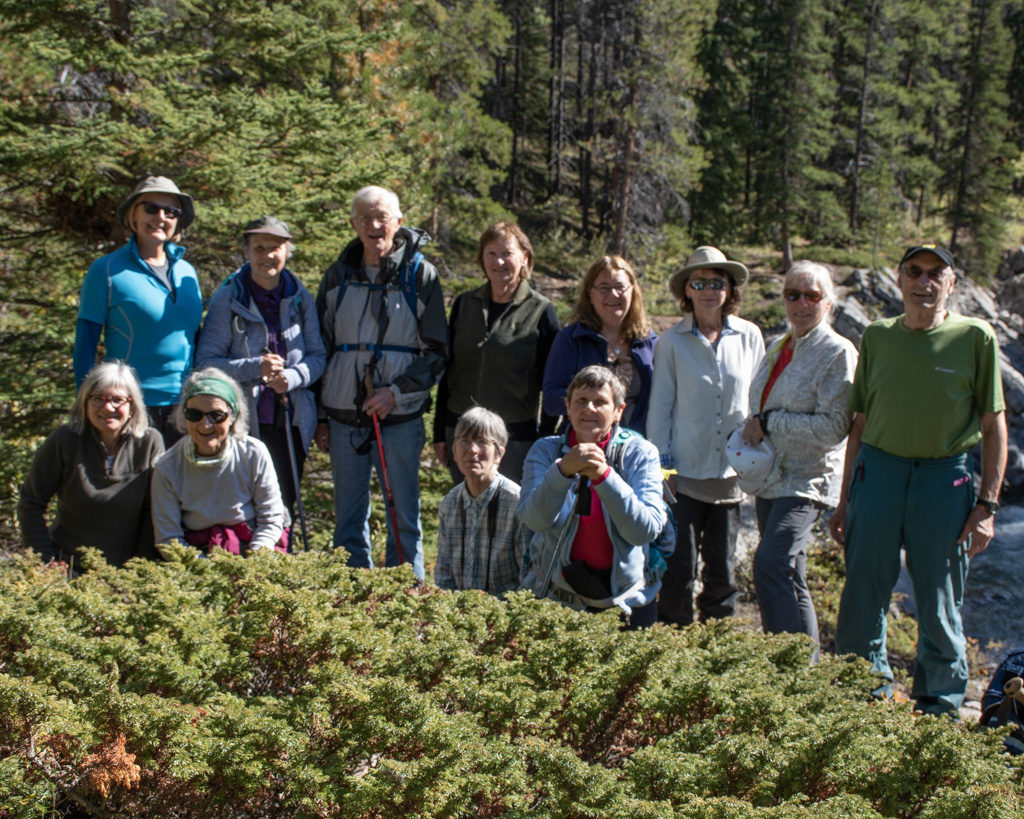