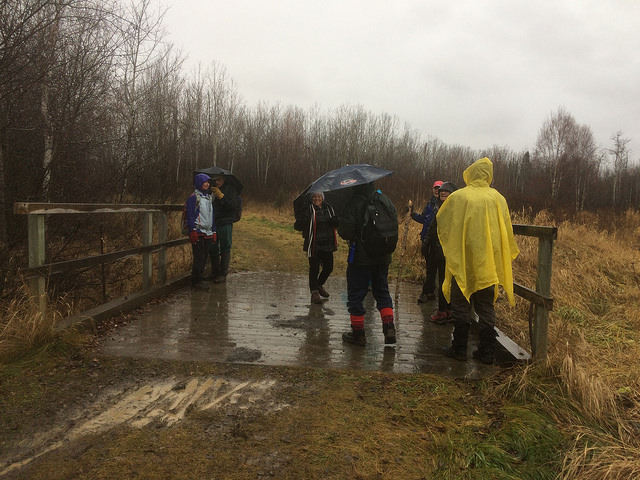 The theme song that was most appropriate for today’s hike became B.J. Thomas’ 1970 hit from Butch Cassidy and the Sundance Kid: 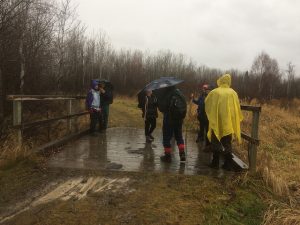 Raindrops keep fallin’ on my head
But that doesn’t mean my eyes
Will soon be turning red
Crying’s not for me, ’cause
I’m never gonna stop the rain by complaining,
Because I’m free, ’cause nothing’s worrying me…..

The rain didn’t dampen the spirits of a dozen hikers as we hiked the 10.2 kms from Waskahegan Staging Area to the Meadow Shelter for lunch and back.  The rain alternated between a drizzle and a downpour as we navigated the muddy Lost Lake trail.  We all were dressed for the weather so we remained upbeat. A few hikers were even prepared with umbrellas that were equipped with down right deadly spokes sticking out in all directions. We were careful to avoid these rainy-day hazards. 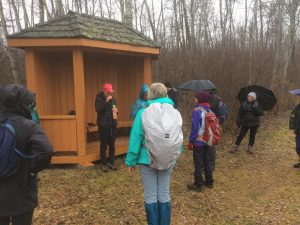 Other hazards on this Sunday’s hike included significant stretches of slick trails, distinct odours caused by twelve perspiring hikers wearing non-breathable rain gear, and heavy hiking boots with a couple inches of clay weighing them down. Despite the challenging conditions, cheerful interpretations of B.J. Thomas’ song were heard—even though our hoods covered our ears and the noise of the rain splatting on us was competing with our creative lyrics.

It was Bonnie who pointed out the obvious benefit of a rainy hike.  “A rainy hike out here in the country,” she said, “is like filling up at an oxygen bar.” Some of Bonnie’s friends clearly became intoxicated at Nature’s Bar and were giggling like a couple of school girls as they tried to maintain their balance on parts of the trail.

Besides the effect of oxygen-rich air  (it’s been said that rainy air has double the oxygen molecules), other highlights of our hike included the sighting of a white snowshoe hare standing out like a beacon on the brown earth, some far-off white water birds in Arrow Head Lake, a sweet Downy Woodpecker, and signs of beaver hyper-activity associated with some astonishingly massive beaver lodges. Oh yeah…and for me, the Peek Frean that Stella shared with me at lunch…..mmmm..

Good times in the rain! 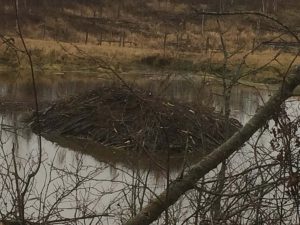 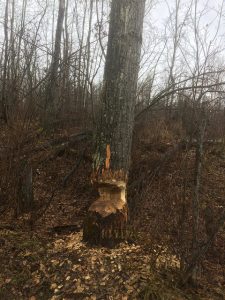 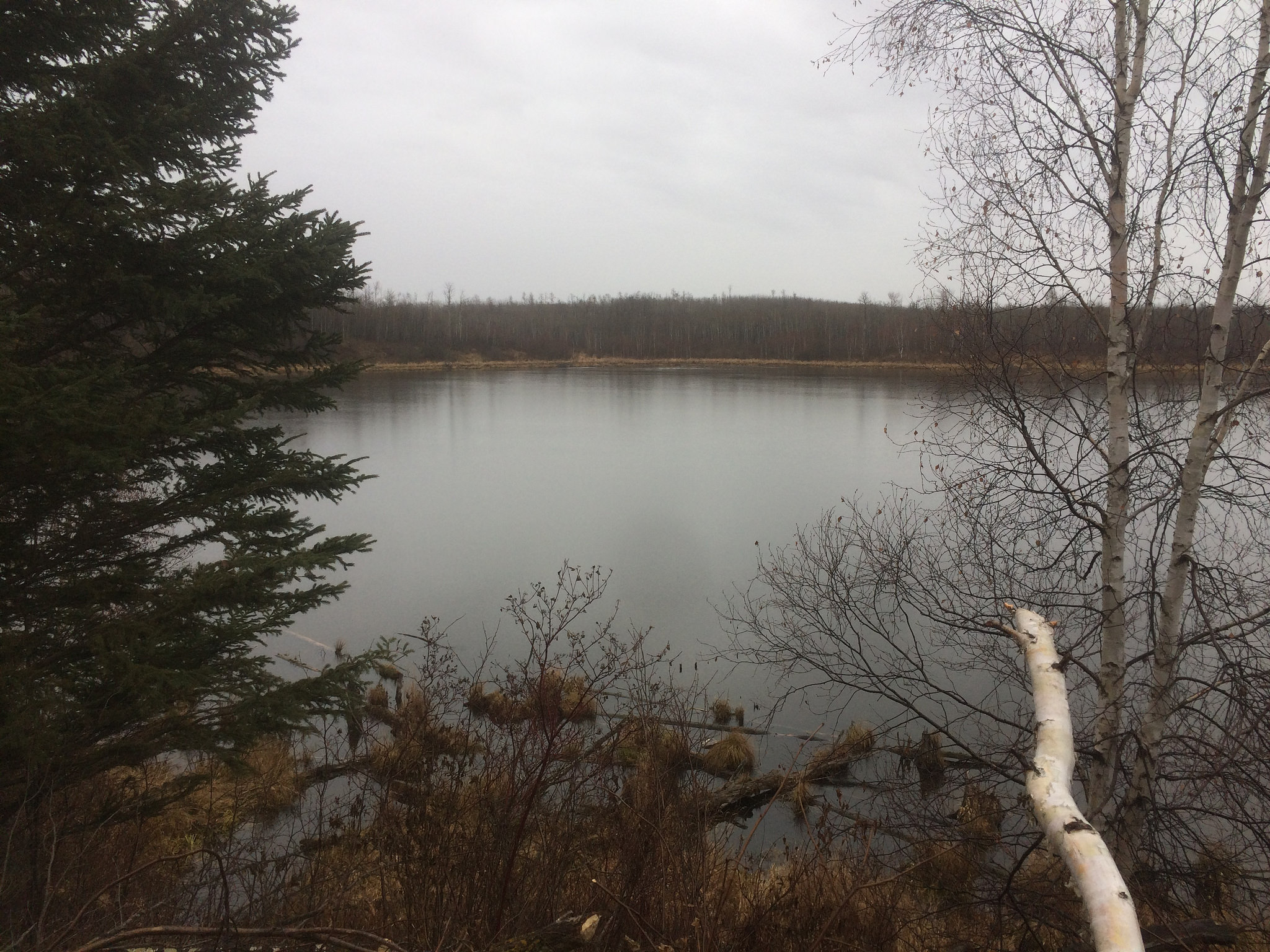 1 thought on “Benefits of a Hike in the Rain”